“Lung Fei Tai Chi” was started in 1987 when Naijian and Men Bao moved to the UK from China. Naijian was born in a family of martial artists and Men learned tai chi chuan from the famous Li Tianji who is regarded as one of the “Ten Best Wushu Masters of China”.
The Lung Fei Tai Chi Club was named in honour of Men’s coach Li Tianji, nicked named Lung Fei (flying dragon), and then, in honour of Bao, who we sadly lost in 1998, it was renamed to ‘Bao’s Lung Fei Tai Chi’.

Following are letter translations, one from the famous Li Tianji (Lung Fei) sent to Men just before she came to England, encouraging her to pass on his tai chi chuan knowledge in the west and another letter from the prominent professor Li Deyin, a friend of Naijian and Men Bao and nephew of Li Tianji:

Dear Men, I understand that in England there are many people who are interested in Tai Chi. When you move to England soon I hope you will make contact with these people, and increase their knowledge and ability. I hope you will be able to spread the use of Tai Chi exercise throughout the country. 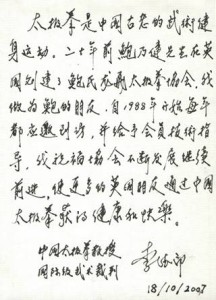 Tai Chi is the ancient Chinese sport of Wushu for health and exercise. Mr. Bao Naijian established Bao’s Lung Fei Tai Chi twenty years ago. As a friend of Mr. Bao, I have been invited to visit the club every year since 1988 and given tuition to members of the club during each of my visits.

I give all my best wishes to the club and hope it continues to develop, so that more and more people can benefit from Chinese Tai Chi. 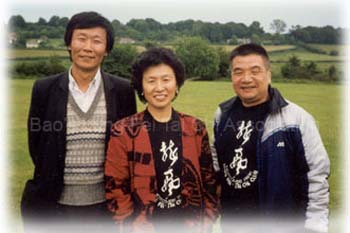 Famous artist Leilei on the left, with Mr and Mrs Bao, drew the lettering on the Yin Yang sign of our logo. 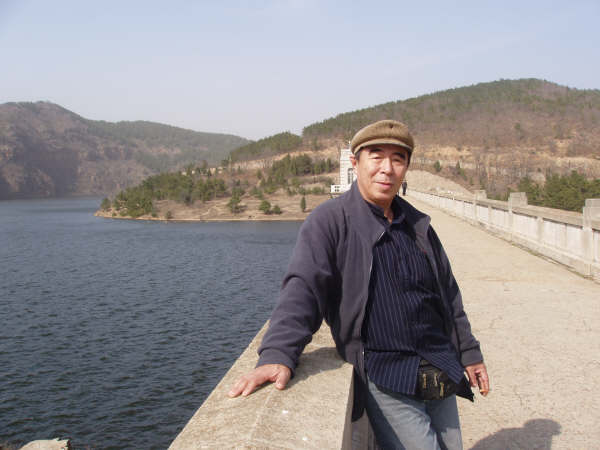 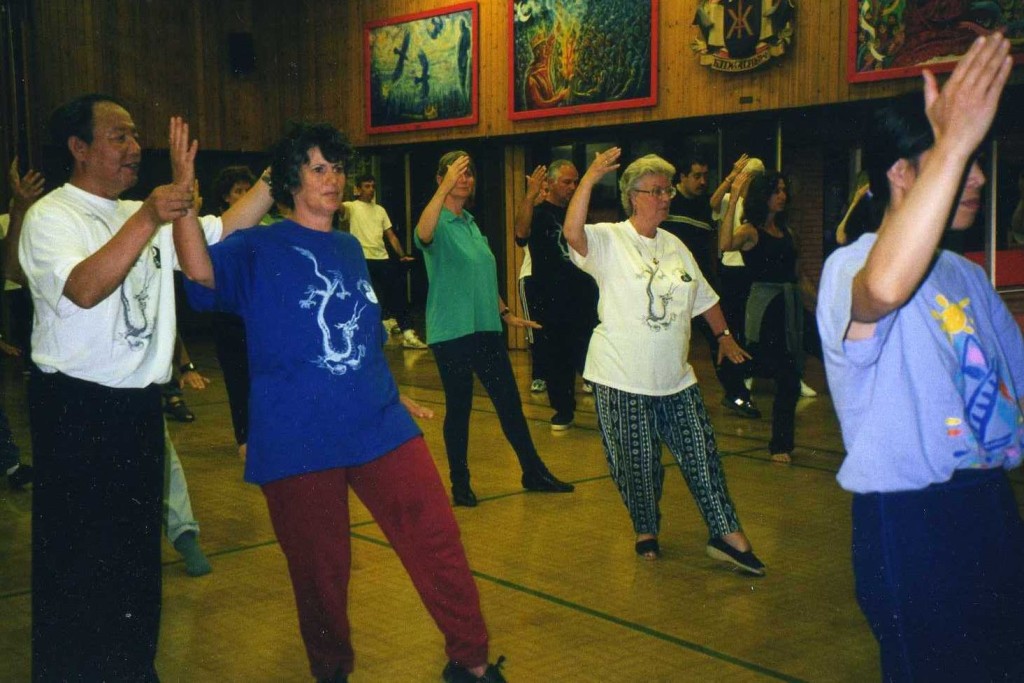